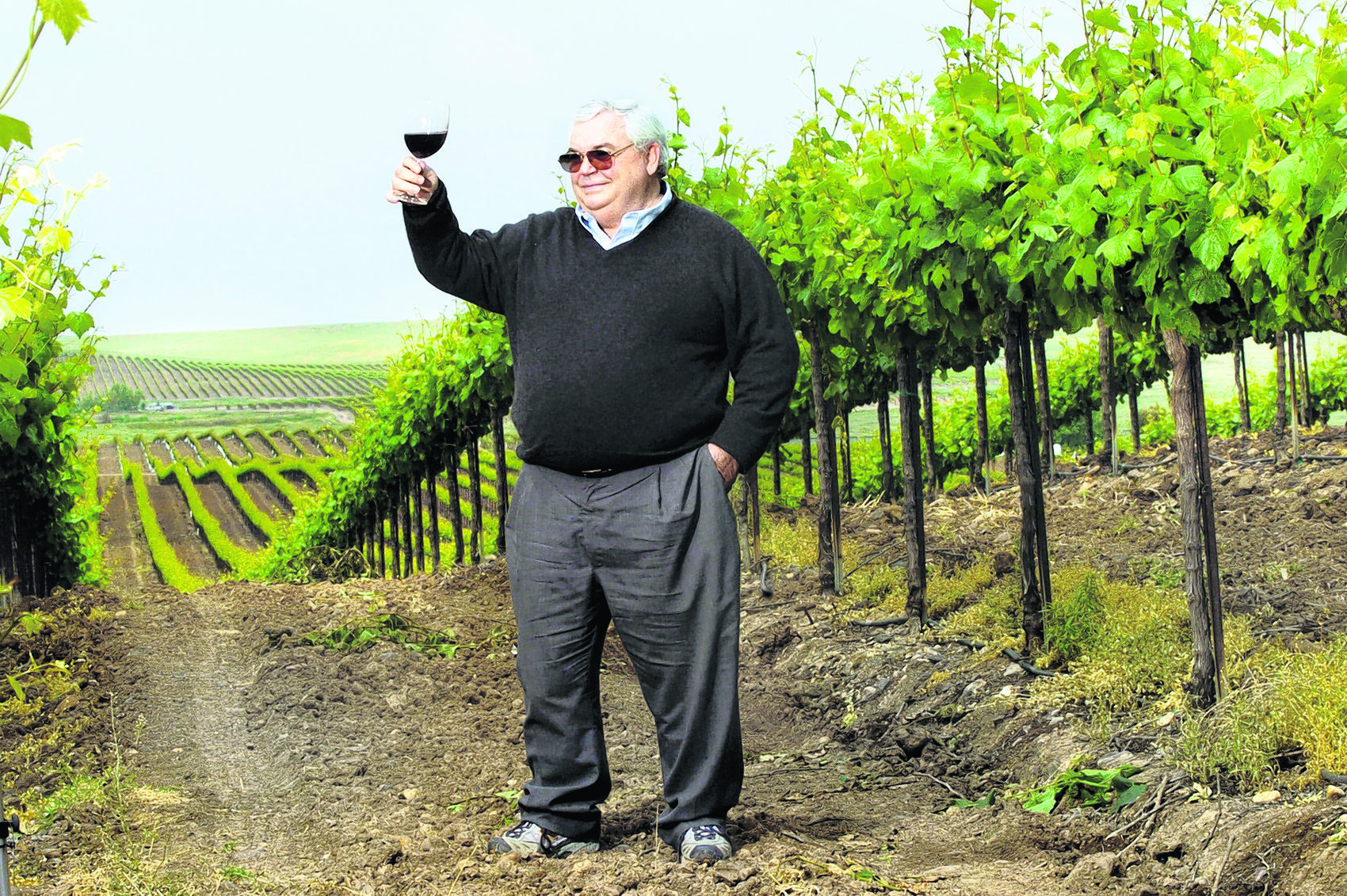 Franzia co-founded Bronco Wine Co. in 1973 and helped grow it as CEO into one of the highest-volume producers in the nation.

He said often that consumers deserved low-cost wine, including the Charles Shaw bottles sold through Trader Joe’s for $1.99. Fans dubbed the brand Two Buck Chuck soon after the 2002 launch.

Franzia also called for $10 wines in restaurants and other steps to expand the market.

“Give the consumer the chance to make the choice,” he said at a 2016 gathering of the California wine industry in Sacramento.

His death was announced in a Sept. 13 message to Bronco’s 400-plus employees from two of his children, Renata and Joey. They did not disclose the cause but did pass along a quote from their father: “We are fighting a good fight and at the end, we all have an expiration date.”

Franzia was the grandson of Teresa and Giuseppe Franzia, who founded a winery bearing their name near Ripon in 1906. The Wine Group now owns the Highway 120 plant and the popular Franzia boxed wine brand.

Fred Franzia started Bronco with his brother, Joseph Franzia, and cousin John Franzia. It has its headquarters off Keyes Road, south of Ceres, and also has plants in Escalon and Napa and extensive vineyards.

Bronco sells under about 120 labels and also does big business in buying and selling bulk wine.

Franzia sought recognition for San Joaquin Valley grapes, which sell for much less than the premium coastal regions.

“‘California’ should be the one and only appellation for our home-grown, best-quality wines,” he told an audience at the 2016 Unified Wine & Grape Symposium.

Bronco is regularly in the top 10 for wine volume in the United States. The leader by far is E.&J. Gallo Winery of Modesto. Its late co-founder Ernest Gallo married Amelia Franzia, who was Fred’s aunt.

Franzia pleaded guilty in 1993 to federal charges of conspiracy to commit fraud. He was accused of telling employees to place zinfandel grapes atop loads consisting mostly of much cheaper varieties. He got a $500,000 fine and five years on probation.

Franzia tangled around 2000 with Napa Valley Vintners, a trade group, over use of that premium label. Federal law had required that at least 75% of the grapes come from that region to call it “Napa.” Franzia argued that the law exempted brands created before 1986, including some of his own. The state Legislature finally closed the loophole.

Franzia had more success with Two Buck Chuck, which created a new wine category. It is not jug-wine blends but rather single varieties in bottles closed with corks. The family mentioned it in the letter to employees:

“Fred had the vision of creating high-quality wines at a value for wine consumers, including Charles Shaw, aka Two Buck Chuck, which has sold over 1 billion bottles and built on a belief that wine should be enjoyed and consumed on every American table.”

Franzia also is survived by children Roma, Joseph, Carlo and Giovanna; 14 grandchildren; his brother, Joseph; and his sisters, Joellen and Catherine.